The songs in Fält build on stylistic elements of rock, blues and jazz music, though often shaped in an exaggerated, fierce and absurd way, particularly in the later part of the performance. The music becomes almost comically absurd which is a consequence when it is no longer possible to grasp the cruelties and the bottomless darkness of the text. But this twist of the music made the performance perhaps even darker?

A field of musical styles and compositional techniques

Also in Indy500: seklernas udde the stylistic references to rock music are many. Most notably in the strenuously pounding rhythm in one of the last sections (section F in the score) that has a kind of punk rock attitude. The instrumental ensemble consisting of electric guitar, saxophone, percussion and MIDI instruments, and the way they are used, not least with the extended use of different distortion techniques, are normally associated with rock music.

Electronic music of different kinds is used all through these works and has many special functions in the performances; some of this will be discussed in the next section. In a singular work the electronic music is confined to certain sonic material, treatments of sound processes and performance methods that all contribute to a particular sonic profile. However, when comparing the electronic music used in all the works a rather diverse variety is revealed, ranging from forms of fixed electroacoustic music to more modern forms of electronica and sound art. 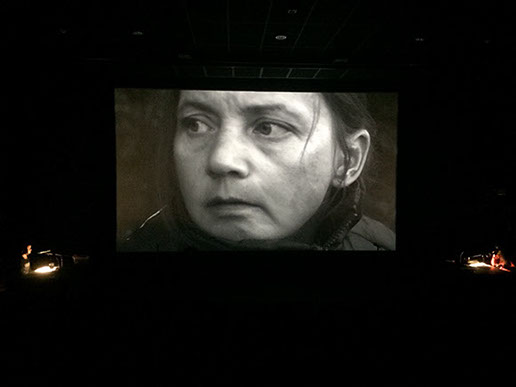